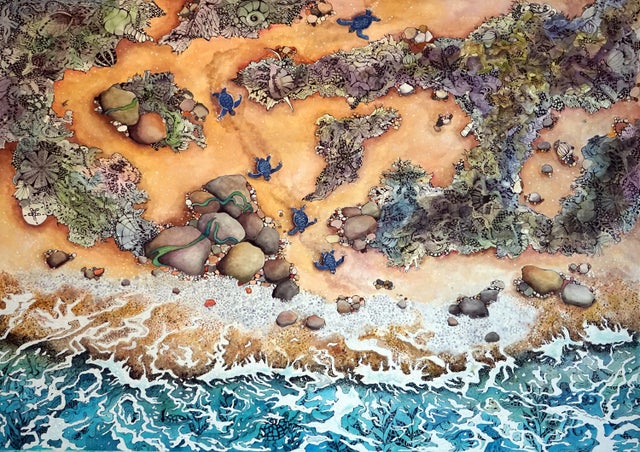 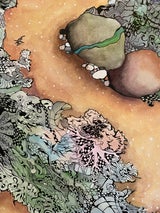 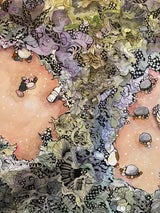 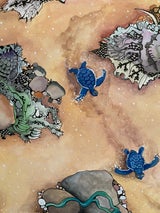 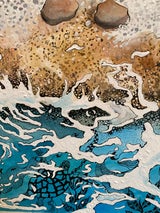 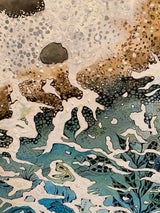 March of the Baby Sea Turtles

A large watercolor of baby sea turtles on the beach walking toward the ocean....amongst the seaweed and rocks....to their new home. For more than 100 million years sea turtles have covered vast distances across the world's oceans, filling a vital role in the balance of marine habitats. Climate change has an impact on turtle nesting sites; it alters sand temperatures, which then affects the sex of hatchlings. Nearly all species of sea turtle are now classified as endangered, with three of the seven existing species being critically endangered.